A catchy title – which one?

I have been working on a book on leadership for the past couple of years – more off than on as other priorities have taken over at times, meaning that it was put to one side for months at a time.

The book is a compilation of interviews with leaders who may not be well-known but are known in their sphere of influence. They have given their answers to my questions in a down-to-earth, practical manner. I've been inspired by these 'everyday leaders' who have had a positive impact on those around them.

Why write this book?

I often work with individuals who are either leaders or aspiring leaders. They have shared their experiences and learnings with me. I've found them to be inspirational with practical, real-world examples of life in the business world.

So I decided to explore this further and spoke to people who would be considered everyday leaders and asked them questions about leadership in the 21st century.

Who did I interview?

I interviewed leaders from a variety of industries. They were people that I had met over the years through work or they were referred to me by others.

These leaders were from both your 'typical' industry where we expect to see leaders as well as the not so typical industries. Each person had their own story and perspectives about leadership.

I had thought that the whole process would take a few months. However, as often happens in life, other challenges appeared, that meant that my timeline was delayed. However, it didn't mean that I had lost the passion to complete the book. If anything, it meant that it became something that I was determined to finish.

The contributors to the book have been very supportive – even though I had only met some of them for the first time when I interviewed them. I am extremely grateful for their support as well as the support of my family and friends.

And now … the title

The time has now come where I'm almost ready to launch the book. When I began this personal project, I had a working title of Everyday Leaders. During the interviews, I realised that I was having a conversation with these everyday leaders. The sub-title for the book is now, Conversations with Everyday Leaders.

I'm now at a point where I'm deciding upon the main title. I'm down to two: 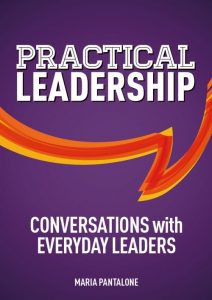 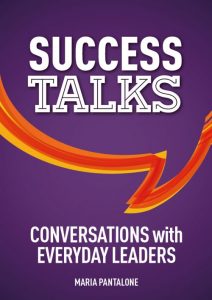 Which do you prefer?

I'd love your feedback as to which you think would be the better title for my book.